Contrary to rumour - I am very much alive and well.

I assure you that despite my fundamental desire to blog.. my life has taken on a relentless capacity which gives me neither the time, the energy, nor the frame of mind required to blog.

This is not from a lack of trying. Hell recently I’ve not even been able to keep up to date with the blogs of others. I apologise for that – but unfortunately I’ve partially discovered the negatives of blogging so openly thus the fundamental desire to blog waned. I would like to say that this is over – but I fear this would not be particularly honest.

Nonetheless, I’m sitting here, with a few moments spare, unfortunately I am not home, and the desire to slip into bed remains painfully unattainable – therefore I have considered that maybe I should use this time to write a post.

The last few months have zoomed past me with such ferocity that even at the best of times I swear it feels as if my head spins uncontrollably.

I went to a theme park with English. I had assumed he would be petrified on the rides – but rather it was probably me that was more ruffled by the rides than he was. We bought some pictures which even I gotta admit I really look ruffled in.

I went to Sardinia with 6 mates. X was one of these. I’ve hung around with quite a few of the other five, on several occasions but one rather elusively I’ve not really had much more chance or opportunity to do any more than small talk prior to the holiday. We’ll call this specific one the ‘Rude Boi’, only since he has a tendency to act the part. He has the rude boy earring, the rude boy hair style and rude boy mannerisms. Anyways so Rude Boi and I got along better than I had imagined. In fact I actually got along better with him than X, and spent most of the holiday talking and hanging around with him – which is kinda weird considering than the Rude Boi was accompanied by his boyfriend. Here are a few pictures from out there. 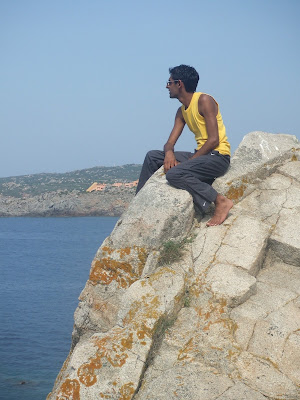 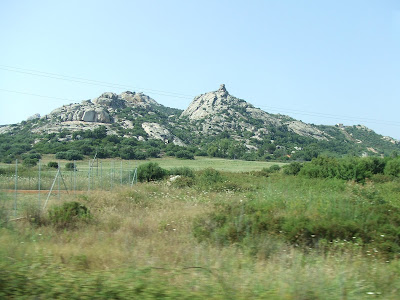 I also attended my first Pride. Which was absolutely amazing, especially since I had English with me and thoroughly enjoyed the absolute freedom of being able to hold his hand in public, or being held in his arms so openly! Here are the best pictures from the day. 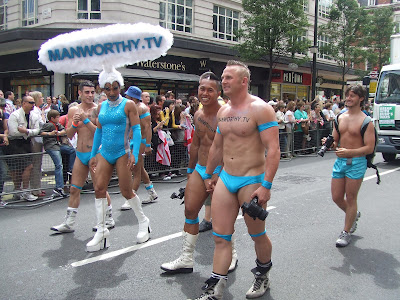 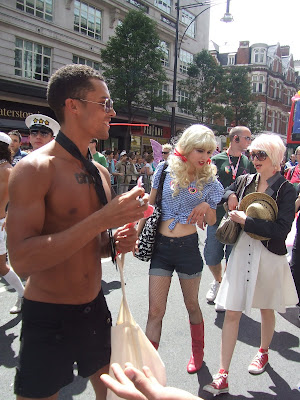 This guy is so hot [SSD fans himself] 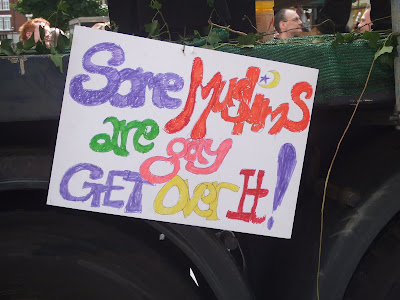 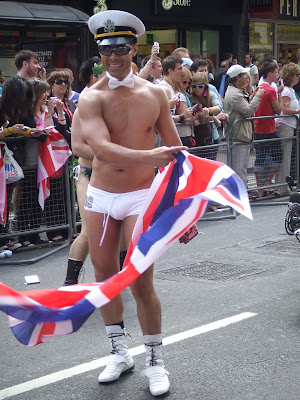 This poor bastard actually stuffed a sock in his pants - and OMG it was clearly evident too. I actually felt sorry for him coz I don't think he knew how obvious it looked.
Posted by Soul Seared Dreamer at 20:29 13 comments: